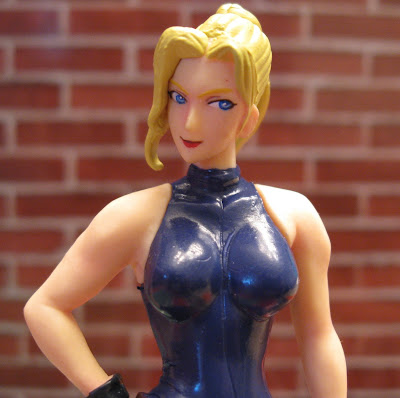 I picked up this nifty little Virtua Fighter Sara Bryant Gashapon figure after enjoying the figma releases, which caused me to look into later iterations of the game. This figure looks like it could be based on the character's look in Virtua Fighter 5 and, yes, they did spell her name without the "h" on the label.

The figure is made of PVC, comes in a small baggie and needs to be assembled. There's a small disc base and some slight articulation: the head is on a ball-joint and the ponytail can be rotated a bit. The legs on mine were warped and needed some gentle coaxing with hot water to be re-shaped enough to allow the figure to stand.

The paint is really excellent, especially considering that the figure stands a mere 4 & 3/4" tall. The blue bodysuit has a metallic sheen, and the leggings are gray. The silver stripes on her gloves are clean, the yellow in the hair is uniform and the face paint is particularly crisp. The eyes are terrific, and even the tiny eyebrows and mouth are painted perfectly. The flesh tone is great, as well.

The sculpt is realistic and well-proportioned, and the pose is appropriate to the character. There are several small gaps where the parts attach, but it's nothing too distracting. Overall, this is a really nice little Virtua Fighter figure. The line included 5 other girls (in this wave - I believe there was more than one wave released) from various video games. 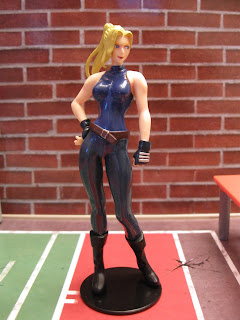 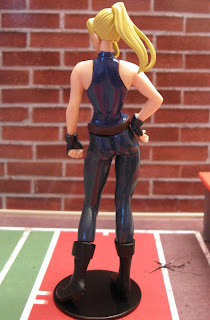 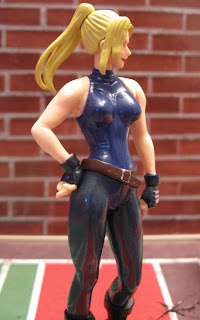 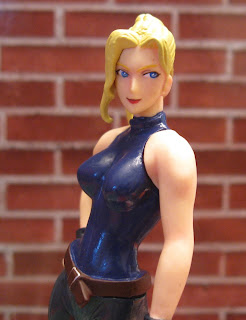